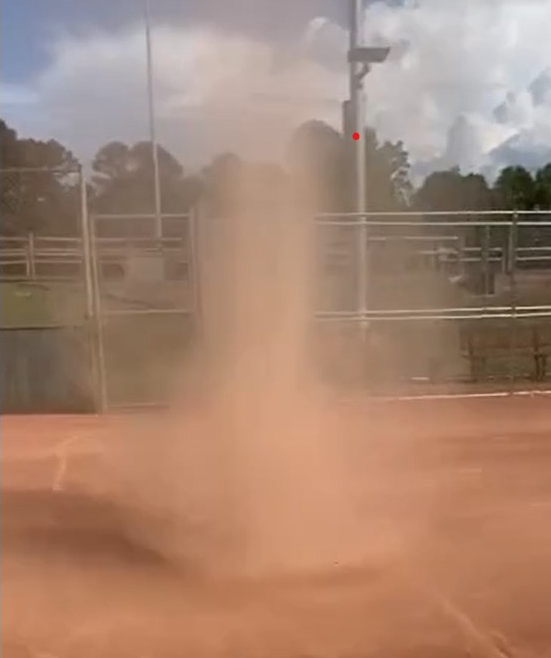 The bible gives at four different time periods with respect to how long between the Crucifixion and the ascension. One of them has to be wrong.

When did Jesus ascend into heaven?

On the day of his resurrection.

Now upon the first day of the week, very early in the morning, they came unto the sepulchre, bringing the spices which they had prepared, and certain others with them. And they found the stone rolled away from the sepulchre.
…
And returned from the sepulchre, and told all these things unto the eleven, and to all the rest. …
And, behold, two of them went that same day to a village called Emmaus….
…
And they rose up the same hour, and returned to Jerusalem, and found the eleven gathered together….
…
And as they thus spake, Jesus himself stood in the midst of them, and saith unto them, Peace be unto you.
…
And it came to pass, while he blessed them, he was parted from them, and carried up into heaven. Luke 24:1-51

Now when Jesus was risen early the first day of the week, he appeared first to Mary Magdalene, out of whom he had cast seven devils.
…
After that he appeared in another form unto two of them, as they walked, and went into the country.
…
Afterward he appeared unto the eleven as they sat at meat, and upbraided them with their unbelief and hardness of heart, because they believed not them which had seen him after he was risen.
…
So then after the Lord had spoken unto them, he was received up into heaven, and sat on the right hand of God. Mark 16:9-19

At least eight days after his resurrection.

And after eight days again his disciples were within, and Thomas with them: then came Jesus, the doors being shut, and stood in the midst, and said, Peace be unto you. John 20:26

Many days after his resurrection.

And he was seen many days of them which came up with him from Galilee to Jerusalem, who are his witnesses unto the people. Acts 13:31

Forty days after his resurrection.

Until the day in which he was taken up … he shewed himself alive after his passion by many infallible proofs, being seen of them forty days, and speaking of the things pertaining to the kingdom of God:
…
And when he had spoken these things, while they beheld, he was taken up; and a cloud received him out of their sight. Acts 1:2-3, 9

The above is copied, without permission, totally from the work of Steve Wells and his excellent website, The Skeptics Annotated Bible. We believe that Steve is interested, like we are, in spreading truth. Thank you Steve.

Luke, who is the alleged author of the Book of Luke and the Book of Acts, can’t get his act together. In the gospel under his name, Luke, he writes that Jesus ascended on the first day (see top of page). In the Book of Acts, which all agree was written by Luke, he says he was seen forty days and then ascended. How can this be possible? Two different stories from the same author whose writings were subjected to edit by  the Editor-of-editors, the Holy Spirit? How could the Holy Spirit allow such a monumental error slip through into the inviolate Holy Bible? Anyone? Anyone?

4 comments on “The Bible is Wrong About Jesus’ Ascension”