As everyone knows by now, Kim Davis is refusing to issue marriage licenses to same-sex couples in Rowan County, Kentucky.It is also well known that she has been married four times and divorced three times, thereby breaking two of Jesus’s commandments.

But there is another fact that isn’t as well known: Kim Davis’s current husband is one of her former husbands, which means that her current marriage is an “abomination before the Lord.”

When a man hath taken a wife, and married her, and it come to pass that she find no favour in his eyes, because he hath found some uncleanness in her: then let him write her a bill of divorcement, and give it in her hand, and send her out of his house. And when she is departed out of his house, she may go and be another man’s wife. And if the latter husband hate her, and write her a bill of divorcement, and giveth it in her hand, and sendeth her out of his house; or if the latter husband die, which took her to be his wife; Her former husband, which sent her away, may not take her again to be his wife, after that she is defiled; for that is abomination before the Lord: and thou shalt not cause the land to sin, which the Lord thy God giveth thee for an inheritance. Deuteronomy 24:1-4

The Bible says nothing about same-sex marriage.* But it clearly says that Kim Davis’s current marriage is an abomination to God. Maybe she should rescind her own marriage license, rather than refuse to give them to others.

**And that Bible-believers should kill men who have sex with men. (Rather than just refuse to give them marriage licenses.)

Where Are Other Witnesses?

According to the Gospels, Jesus attracted multitudes wherever he went. John says it would take many books to describe all the miracles. All these miracles and not a single word, save a 4 anonymous writers?  Not a scintilla of evidence of what Jesus did or said, other than 4 men, writing as many as 70 years after Jesus allegedly spoke? Shouldn’t there be more than a handful of people writing about the sayings and doings of Jesus?

In fact, there were many authors, philosophers, historians who were writing during Jesus’ lifetime. 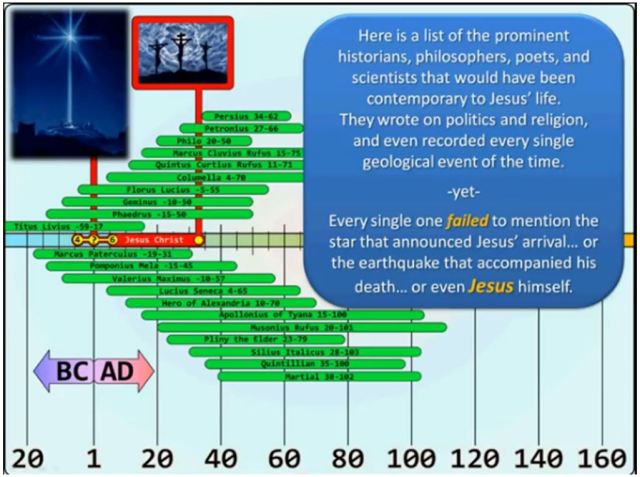 Not a single one of these contemporary authors mentioned Jesus or any of the supernatural events that Jesus was supposed to have done; e.g. fed the multitudes, walked on water, came back from the dead, etc.

Especially missing is any reference to the supernatural events that occurred when Jesus died.

Note that there were 18 authors living during that time. “… and went into the holy city and appeared unto many”.
Surly, if the above events can be reported 40 years after they happened, they would have been recorded at the time they happened … if they happened …. which they did not.

The Secular Web presents writers of various persuasions. One such writer has done an excellent job of identifying the major contradictions found in the New Testament.  I will use his writings to very clearly lay out, much better than I could, the New Testament Contradictions.

Welcome to The Church of Truth.

Our members are Truthsayers rather than Soothsayers.

That is, we believe in natural law, scientifically proven truths and reason rather than the supernatural.

Most of the knowledge will be in the form of Revelation.

Revelation of the universal truths of the world, some of which have been in effect for billions

of years and some of which directly contradict the beliefs of those faithful to the Christian Holy Bible.

You are invited to join us as a Truthsayer if you